LIGONIER, PA - October 11, 2006 - Idlewild Park officials announced today that it has worked out an agreement with the Ligonier Valley Rail Road Association (LVRRA) to help it preserve and protect the Darlington Station. 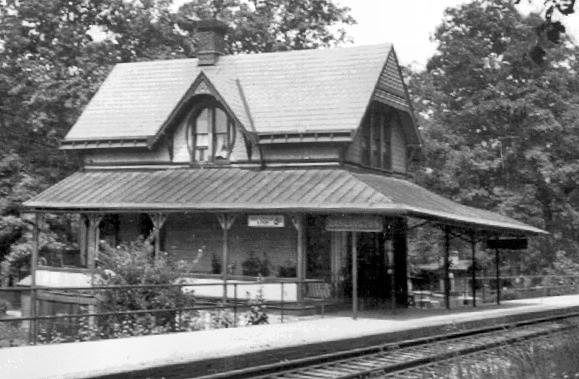 "Through the support and generosity of Kennywood Entertainment (parent company of Idlewild Park & SoakZone), the Richard King Mellon Foundation, and the Allegheny Foundation, the Ligonier Valley Rail Road Association will be able to save and preserve the Darlington Station which is a major milestone for us to achieve to meet all of our association goals," said Bill McCullough, President and co-founder of the LVRRA. "We plan to restore the building to its 1930s grandeur and re-open it as a museum and resource center focused on the Ligonier Valley Rail Road and related industry."

Idlewild Park and Soak Zone, and Kennywood Entertainment, have agreed to sub-divide and grant the property to the LVRRA and the lead grant awarded by the Richard King Mellon Foundation will allow the Association to restore the exterior of the building and to improve the property. A grant from the Allegheny Foundation will provide project support including engineering and architectural expenses. Additional building grants will be sought to establish a museum, library, office space and re-create the station's original waiting room.

"The chief reason for Idlewild Park's success for nearly 130 years - and why it is recognized as one of the best Parks in the world for families and kids - is that we never forget our roots, carefully blend the best of the old and new and strive to be part of the fabric of the communities in which we do business," said General Manager Brandon Leonatti. "It makes perfect sense for us to give and place the Darlington Station in the capable hands of the LVRRA. In fact, we always say that the Ligonier Valley community truly owns our Park - not us - we simply serve as stewards for future generations of families and their summer fun memories." 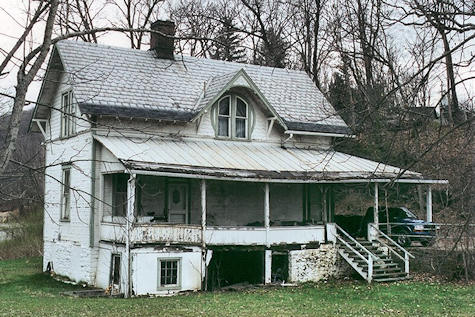 The Darlington Station, built circa 1900, dates from an era when the railroads maintained a personal presence in the communities they served. The Darlington Station served as both a workplace for the agent, who served as passenger agent, freight agent and block operator, and as the residence for the agent and his family. The front room served as the ticket office, waiting room and a convenience store where the passengers could buy a loaf of bread and quart of milk. The resident family had a living room behind the waiting room, two upstairs bedrooms and a kitchen in the basement. After Idlewild Park took ownership in the early 1950s, the building served as quarters for park employees. (At right, the Darlington Station as it appeared near the time it was donated in 2003.)

The Ligonier Valley Rail Road Association is a non-profit corporation whose mission is to preserve the legacy of the Ligonier Valley Rail Road, conserve its vestiges, collect its relics and memorabilia and educate the public about railroading in Ligonier Valley. Stations of the LVRR include - Ligonier - Bells - Millbank - Idlewild - Darlington - Longbridge - Kingston - Osborn - Oakville - Latrobe. For more information phone 724-238-7819, email info@lvrra.org or visit www.lvrra.org.

About Idlewild & SoakZone Founded in 1878 as a simple picnic ground along the Ligonier Valley Rail Road, Idlewild & SoakZone (idlewild.com) is the oldest amusement park in Pennsylvania, third-oldest in America and for the past three years has been rated the second best kid's park in the world by Amusement Today magazine (amusementtoday.com). Family owned and operated by Kennywood Entertainment (kennywood.com), the largest provider of summer fun in western Pennsylvania, Idlewild features seven fun theme areas such as SoakZone Waterpark, Story Book Forest and Mister Rogers' Neighborhood of Make-Believe. For more information, call 724-238-3666 or visit idlewild.com.

Click here to see a photo record of the restoration.